Before competing at CEO, please familiarize yourself with all of our Tournament Rules listed below:

All Games will be played on default settings, unless otherwise noted below

All Tournament Matches are 2/3 Games unless otherwise noted under a game’s particular rulesets.  Winners, Losers and Grand Finals for All games are 3/5!

You MUST provide your own controller for the events when competing.You must bring your own converters, Cronus and Chronus Max Wireless converters are BANNED.

Brook Converters are legal and allowed. We have tested them ourselves without any issues. For more information on Brook Converters please visit Arcade Shock here http://arcadeshock.com/products/brook-converter-various-configurations

If you use a PS4 Dualshock or wireless controller of any kind, be sure to disconnect or desync it after every match. Upcoming players should  make sure to delete all Bluetooth devices from said console when sitting down for their upcoming match through the Console’s Settings, failure to do so will be grounds for DQ if another match is interrupted.

If you are entered into multiple tournaments that possibly happen at the same time, please notify your pool judges to avoid any DQs

Coaching is allowed with One 30 second coaching break in a set before games. Coaches must be named before their matches. Coaches are not allowed on stage next to their players during a match. (Subject to change)

Collusion of any kind with your competitors is considered cheating. If the Tournament Director determines that any competitor is colluding to manipulate the results or intentionally underperforming, the collaborating players may be immediately disqualified. This determination is to be made at the sole discretion of the Tournament Director. Anyone disqualified in this manner forfeits all rights to any titles or prizes they might have otherwise earned for that tournament.

When reporting results to your bracket judge, please no 0-2 but it was close submissions

Above all else please have fun!

When competing in any tournament, players will know their pool times before the event begins. Players will be responsible for checking in at their pool station with the bracket TO that will be designated by your area. Failure to do so will result in disqualification. 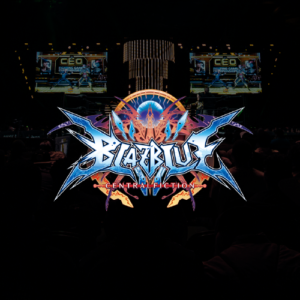 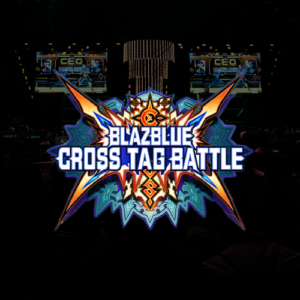 PlayStation 2 | Bring Your Own Controller

Random stage select unless players agree to a stage 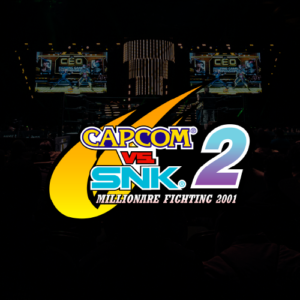 PlayStation 2 | Bring Your Own Controller

Difficulty must be set to hard in the options menu

1st Match starts at Club Murder. Loser picks the next stage. Players may not pick a stage they’ve won on previously in the set

After a match the loser may elect to pick first, the winner is character locked if the character they played in the previous match is available and was not stolen from them. Before a set, players may request a coin toss or rock paper scissors for first pick, if no request is made, characters are picked as normal

Infinites on the boxing rings, on flood lights, at empty areas of the stage, and using the roll off the wall, as well as the wall redaze are banned and will result in a forefit of the game.

All infinites are allowed to be performed for one rep then a combo ender must be performed except for the wall redaze infinite, which is never allowed.

Clarification on Wall Redaze Infinite: All wall interactions are legal, except: ending a string so your opponent is forced off the wall standing in a stunned state. If your opponent is knocked to the floor by a combo ender, or falling out of the combo and is stunned, this is not the wall redaze infinite.

Additionally, the following is an example of a FFNY American Reset: Hitting your opponent while they are positioned on the wall, which then causes them to stand up in a neutral state is considered an FFNY American Reset. There are situations where coming off the wall in a neutral state will allow specific characters who have no gaps in a string to continue hitting the opponent.

A neutral state, is a state where you have control over your character, i.e. not on the wall or dazed. This is not a wall redaze infinite and is legal.

For those curious a standard American Reset is: “When somebody accidentally drops their combo, but a follow-up attack hits the opponent anyway because they simply weren’t blocking or, indeed, paying attention to the screen at all. It’s kind of like a reset, but with no underlying mixup behind it, which means it should “never” work… except for the times it does.”

Additionally, grabbing characters that are unsticking from the wall passively, not as a result of an attack knocking them off the wall and not characters tech rolling off the wall, is also ruled as a wall redaze infinite.

A wall redaze also occurs when a player mistimes their strikes, allowing an opponent enough time to fully come off the wall into a wall redaze state.

The Strike Infinite is LEGAL.

Using any grapple move that ignores the double down stun limit, i.e. chain stun grabs, are limited to one per combo except in the case of Blazin moves and a specific wall grab animation that causes an additional stun. These are not momentum stuns.

Momentum stuns are defined as: Situations where you get additional stuns in a combo by exceeding the damage threshold. 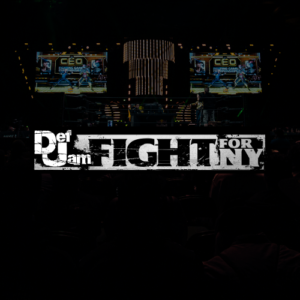 Winner must keep characters and assists 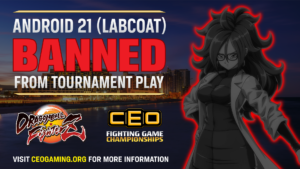 Matches are 2/3 games until Losers Finals, Winners Finals, & Grand Finals which are 3/5 games 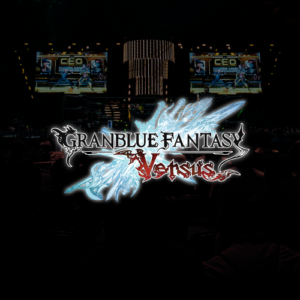 All Matches will be 3 out of 5 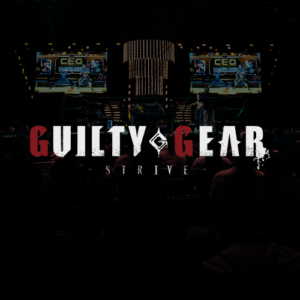 Winner must keep same characters, but may change order

Random stage select unless players agree to a stage 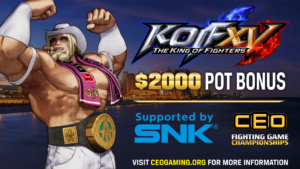 Random stage select unless players agree to a stage. 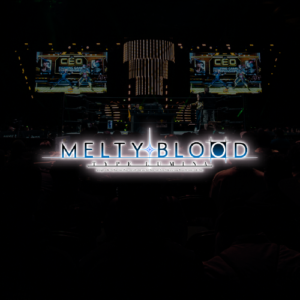 3/5 Games for all matches including Top 8 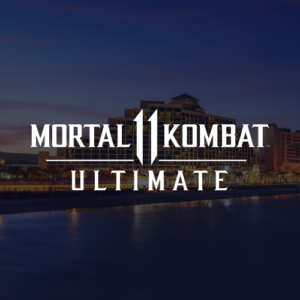 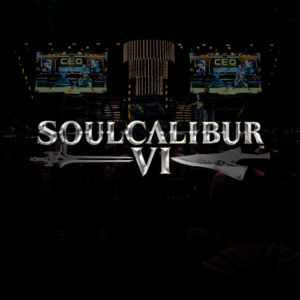 Console: Arcade Cab with USB Plugs as an option | Bring Your Own Controller

Winner must keep character but may change Super Art

Matches are 2/3 games until Losers Finals, Winners Finals, & Grand Finals which are 3/5 games 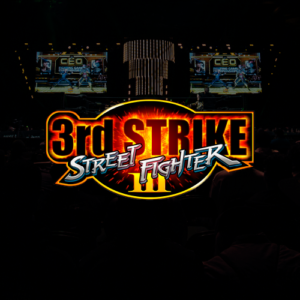 Console: Arcade Cab with USB Plugs as an option  | Bring Your Own Controller 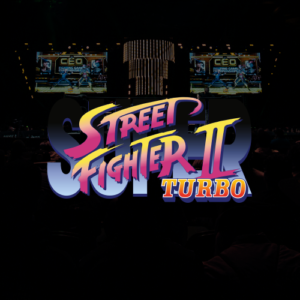 The Grid, Kanzuki Beach, Skies of Honor, and Flamenco Tavern stages are banned from play; if these stages are randomly selected repeat random stage selection process until a tournament legal stage appears

The following costumes are banned: Pyron Gill and Nergigagnte Blanka 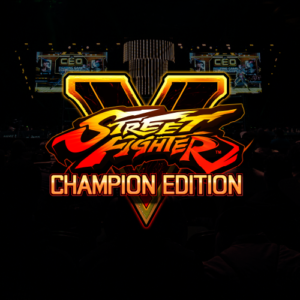 Game Cube via Wii | Bring Your Own Controller

Pausing will be disabled in the game menu, an accidental pause may forfeit a stock

Results Screen Determines Winner in the Event of Self-Destruct Move

>Following stages decided by winner banning ONE stage from the stages listed above then loser chooses from the remaining stages. No bans in a best of 5

You cannot play on a stage that is not on the available stages list. This will result in a double disqualification 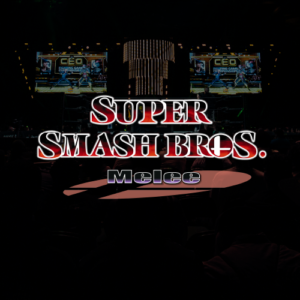 Nintendo Switch | Bring Your Own Controller

In Game Settings: 3 Stock, 7 Minutes, First to 1 Win, Launch Rate 1.0x, Final Smash Meter: OFF, Spirits: OFF, Damage handicap: OFF, Items: OFF, Stage Morph: OFF, Stage Hazards: OFF, Underdog Boost: OFF, Pausing: OFF, Score Display: OFF, Custom Balance: OFF, Team Attack: ON, % Show Damage: ON

Results Screen Determines Winner in the Event of Self-Destruct Move

Coaching is not allowed.

>Players may choose any stage they have won on and not counter picked in the set as long as it is not banned.

>You cannot play on a stage that is not on the available stages list. This will result in a double disqualification 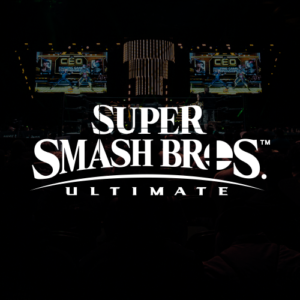 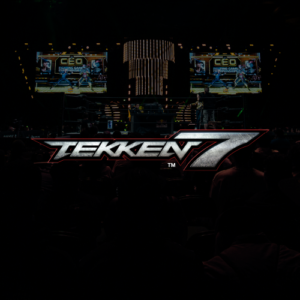 Our tournament winners will be awarded custom medals and/or Custom CEO Championship Belts! Thanks to our sponsors for all prizes and helping put CEO 2022 on!

PAYOUTS FOR OUR 2022 TOURNAMENTS

All Prize winners will be required to fill out a W9 or W-8BEN for international attendees before receiving their winnings.

Tournaments with 256 or more competitors, as well as tournaments with substantial pot bonuses, may utilize different payout percentages. These breakouts will be listed in individual game details pages at a later time.

POT BONUSES
Pot Bonuses, provided by developers or sponsors, will be split based on their respective requests.

Good Luck and Have Fun! All attendees get to walk away with the biggest prize of them all, win or lose, the friends we make along the way.